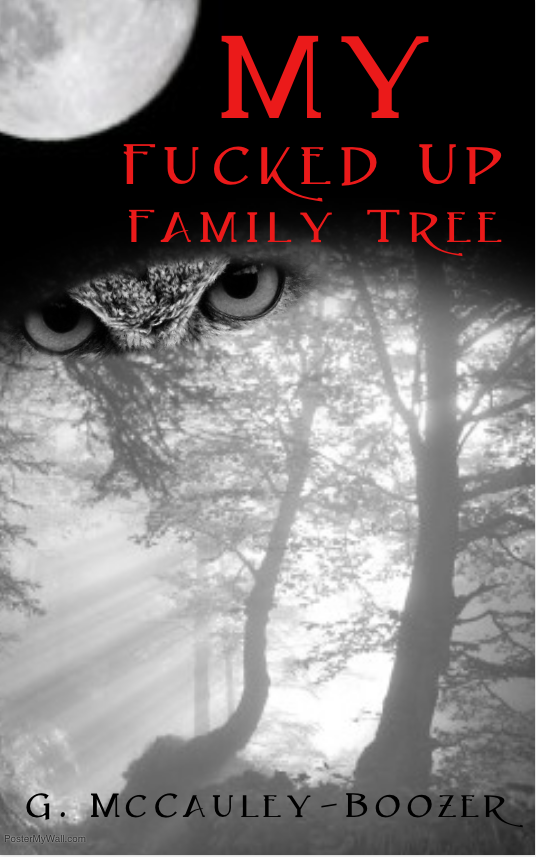 A few years ago, when I noticed that I had a shit-ton of stories about my upbringing and my parents and family, I thought,

I was so gung-ho about getting this to fruition, that I was almost manic. I found through a writing society that I frequent, a class on memoir writing. I knew that I had the stories either still in me or on computer, so I was already ahead of myself, but I had a lot of reservations and anxiety about publicizing certain demons. I found that I wasn’t the only one. Everybody that first class was under the same umbrella as I was. They asked,

There were about a billion questions about what to do and how to do it, but what all the questions boiled down for me, to just a few thoughts.

If your that worried about pissing somebody off, and that thought bothers you, you have 2 choices. Either get over it or do not write the story. How much do you love your grandmother and want her to live?

Tell YOUR TRUTH. Do not accuse other people of things just to inflate your cause. Do not write it just to get back at someone; revenge. This isn’t healing.

Other people’s issues ARE THEIR problems, not yours! Write how a certain topic affected you, but don’t drag someone through the mud to satisfy your own issues, or to make you feel like your better than they are. Is this MY story or am I just hanging out my mother’s dirty laundry? This is shaming.

Tell your SIDE of the story. Tell what you remember, IF you can remember CLEARLY.

Don’t make things up, because then you just became a fiction writer, not a memoirist.

Sure, you can use real names, but if the step-mother you wrote about loses her job as a defense attorney because you alluded to the fact that she’s a nudie dancer working the graveyard shift at the Swing-N- Shack on Saturday nights, YES, she may sue you.

There are plenty of memoirs out there to read. My favorites are the very dark, seedy, fucked-up disasters like Running with Scissors by Augusten Burroughs, or Angela’s Ashes by Frank McCourt. Another good one is The Glass Castle, by Jeannette Walls.

There a quite a few stories in each one of these about their family members that I never would have been able to publicize personally, but all these authors chose to. I can only imagine how my father would have felt had I told the world that although he was a Doctor of Psychology that when he was at home, he would fish his poops out of the toilet and take to the picnic table in the yard so that he and the kids could decifer the exact twist of the poops end to see in which direction it pointed.

I could also imagine the horror of letting it be known that my mother was so mentally fucked-up that she gave up custody of me to be raised by such a man.

So, when your telling the story of your life, think of the life your living RIGHT NOW, because YOU are going to be the blame, the cause, the root of all the evil that is going to fall upon your children that they will be posting and writing about 20-30 years from now. Think about the character your going to play in their memories. Are you gonna be the mom that didn’t teach them to eat right? The dad that drank the paychecks away? The aunt that gambled the rent? It’s up yo you…

So, what’s your story?